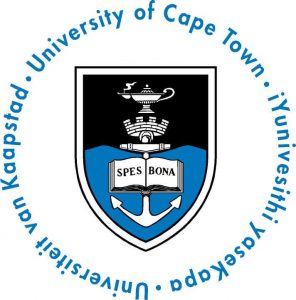 Dr Liani Maasdorp, Academic Director Of  University of Cape Town TV Studio, South Africa, has said the opportunity to engage with filmmakers from across Africa and the need to showcase the culmination of the ‘UCT impact series’, a number of online engagements they have been hosting at film festivals; and markets this year are parts of the reasons why they are so excited to partner with Africa Film For Impact Festival (AFFIF).

The one-week program theme “Break The Cycle” will be accessed via Virtual Access from November 3-7, 2020.

The University of Cape Town’s Centre for Film and Media Studies will host four sessions on documentary impact producing at the Africa Film for Impact Festival 2020.

The sessions will be offered on the first two mornings of the festival, November 4th, 10:00-12:15 WAT and November 5th

Offering these four sessions at FFIF will allow us to engage with filmmakers from across Africa, and we’re very excited to share case studies and best practice for documentary film impact producing from around Africa and the rest of the world”, Dr. Liani said.

The UCT program is targeted at the upcoming male and female filmmakers who are passionate about documentary and using film to drive social change. The program will be broadcast globally via Youtube live on the festival channel FFIF TV. However, interested persons who want to participate in the training program, are to register to access the training platform and also film screenings via www.affif.com.ng or send an email to affif.com.ng@gmail.com 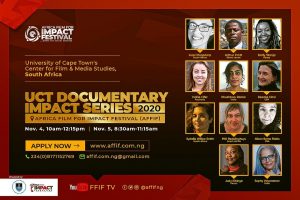